The Princes' Apartments and connecting corridors and staircases – the Princes' Gallery and the Senators' Stairs – are on the first floor in the north wing of the Castle. Adjoining these apartments, on the east side, are the Antechamber to the Great Assembly Hall (the Great Antechamber) and, on the west side, the Senators' Chamber.

The suite of rooms came into existence at the beginning of the seventeenth century during the large-scale building work undertaken by King Sigismund III in the years 1598-1619. They formed part of the king's enlarged private apartment in the new residence in Warsaw in which the king, his family and court took up permanent residence in 1611. The first floor of the newly erected wing was designated for Sigismund III's sons – the Princes Ladislaus Sigismund, John Casimir, Jan Olbracht, Karol Ferdynand and Aleksander. The new “Princes' Rooms” were furnished with costly upholstery and coverings and furniture (beds) and were separated from the apartments of the royal couple located in the New Royal Residence (in the east wing), only by the chapel (now the Antechamber to the Great Assembly Hall), which they shared. A grand hall-cum-gallery led to the suite of rooms and the chapel. The gallery was filled with paintings, fabrics and sculptures from the king's splendid collection to which were added the purchases made in Italy and the Netherlands by Sigismund III, Ladislaus IV and John Casimir. 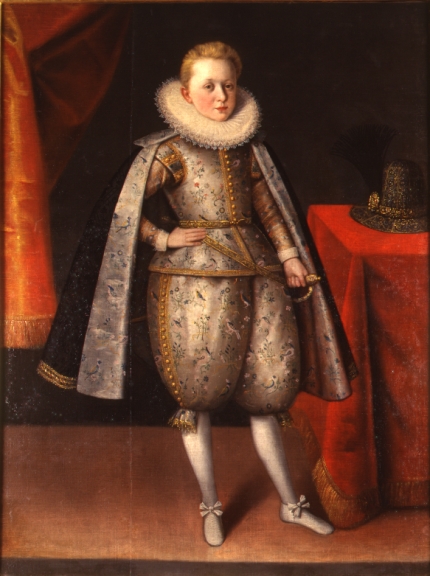 The rooms were used by two generations of Vasas and by subsequent rulers, thus firmly establishing their use as living quarters. Towards the end of Ladislaus IV's reign, several of the rooms were turned into a lavish apartment for Renate de Guebriant (wife of the former Marshal of France) acting French ambassador who had come to Poland in 1646 with Queen Marie Louise Gonzaga (known in Poland as Ludwika Maria). After a few years, the apartment was temporarily transformed into modest cells for the Sisters of the Visitation who had been brought to Poland from France by the Queen. In 1691 Prince Jakub Sobieski lived with the family in the enlarged apartment. His mother – Queen Maria Kazimiera d'Arquien had prepared him to be elected successor after his father, King John III Sobieski.

In the eighteenth century the function of the interiors was changed: the Senators' Chamber was moved to the west wing in the early 1740s and a Permanent Council was established in 1775. From then on the rooms served as the Senators' Antechamber and the Guardroom to the Senators' Chamber, where the Royal Guardsmen stood watch when the Sejm was in session and during meetings of the Senate. The Princes' Gallery was divided into smaller rooms housing the archives and offices of the various departments of the Permanent Council. After the failure of the November Uprising, during the rule of the Russian viceroys and governor-generals, the rooms were stripped of their architectural decor and were taken over by the army stationed in the Castle.

In the 1930s the Gallery was reconstruced in the spirit of the Renaissance similarly to the Wawel Castle, and was hung with tapestries. The Princes' Rooms and the reconstructed Senators' Chamber were to become part of the suite of reception rooms being prepared for the President of the Republic of Poland. In the reconstructed rooms which adjoined the suite of rooms on the east side – i.e. the Great Antechamber and the Oval Gallery were hung Jan Matejko's paintings, Stefan Batory at Pskov and Rejtan and the Fall of Poland, which had been acquired for the Castle. The rooms came to be known as the Batory and Rejtan Rooms, after the paintings which hung in them. 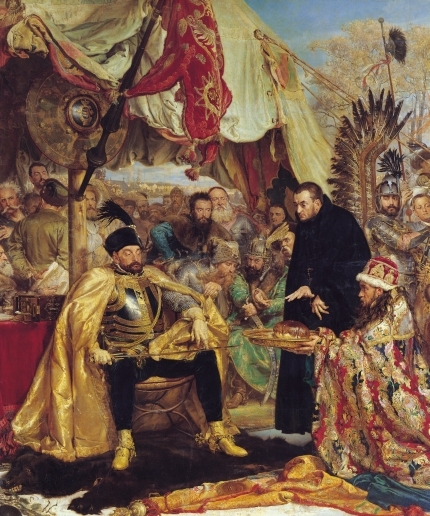 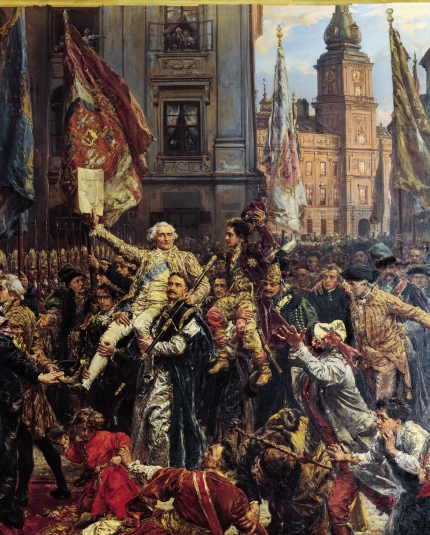 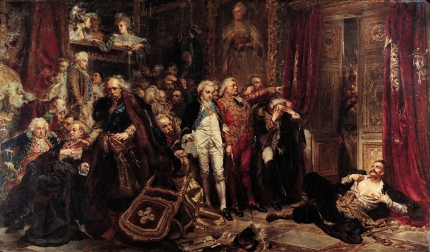 Rejtan and the Fall of Poland

The postwar concept was to reconstruct the Castle according to its historical layout and traditional use of the rooms. The second and third rooms in the Princes' apartment were transformed into a gallery of historical paintings by Jan Matejko; apart from the two mentioned above, these included: The Constitution of 3 May 1791, the Poisoning of Prince Janusz together with 12 of his other paintings from a cycle entitled History of Polish Civilization. The first room in the Princes' Apartment houses an exhibition of paintings connected with King John III Sobieski, whereas the Princes' Gallery, in accordance with tradition, is used as a gallery for portraits and busts of European monarchs from the sixteenth - eighteenth centuries. 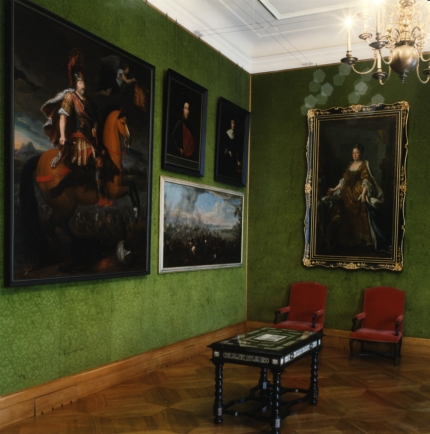 The first room in the Princes' Apartment
Marek Wrede