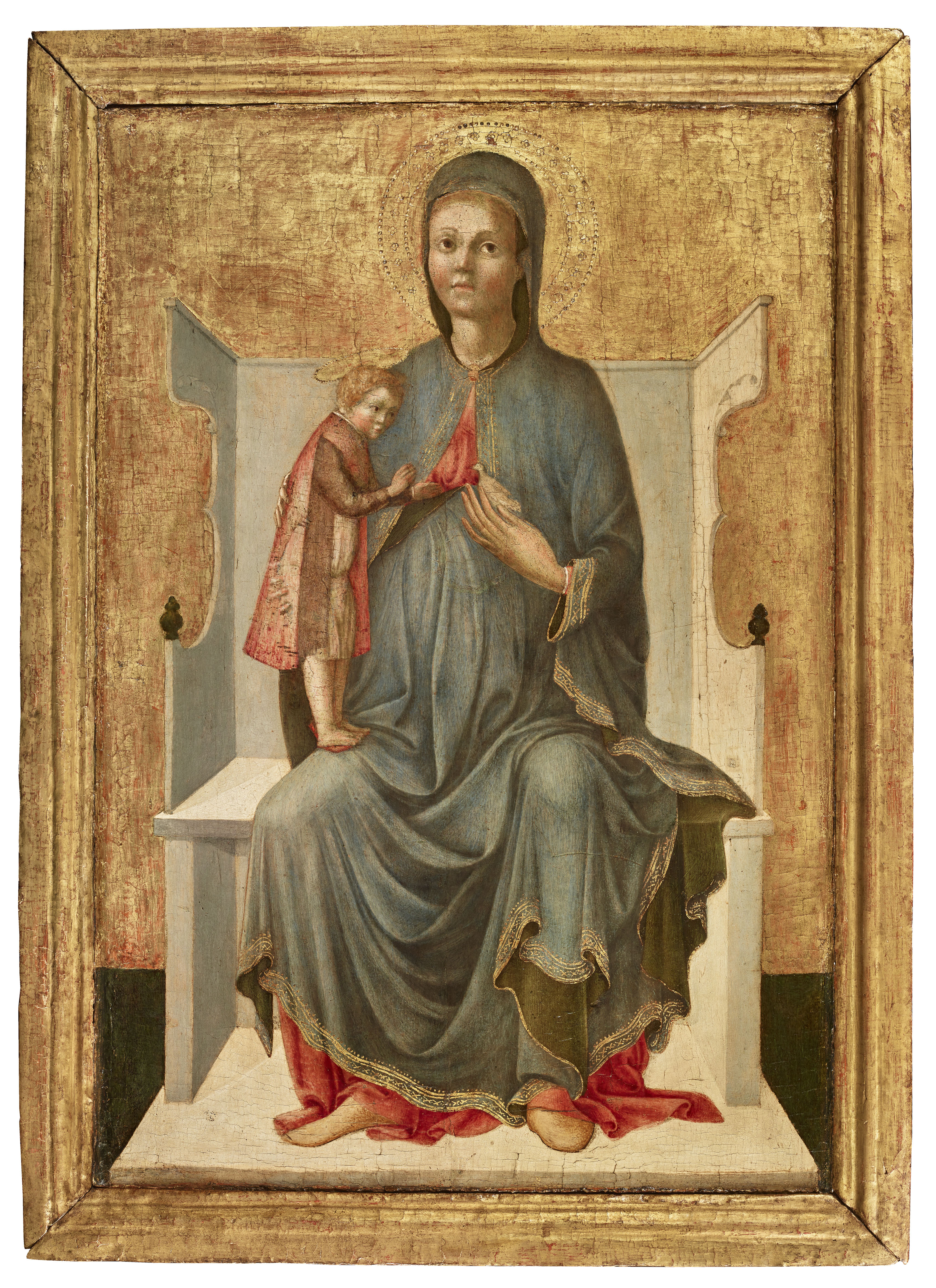 After the works of Caravaggio and Rubens, this is yet another pearl of European painting exhibited within the castle walls. This time, the Gallery of Masterpieces hosts Madonna with Child by Paolo Uccello, one of the most prominent representatives of the quattrocento. The painting is displayed in close proximity to the works by four other Italian masters from the medieval and early Renaissance periods from the castle's collection. Paola Uccello is accompanied by: Taddeo Gaddi, Rossello di Jacopo Franchi, Pietro Lorenzetti, Andrea di Nerio, Rossello di Jacopo Franchi. The presentation of Uccello's painting is part of a longer series of meetings with the masterpieces of European painting, which in the coming years will be held under the slogan Masterpieces at the Castle.

During the late Middle Ages, the political structure of the European continent slowly transformed from small, turbulent fiefdoms into larger, more stable states. In Italy, urban centres (comunes) populated by merchant and trading classes emerged. The Quattrocento, i.e. the 15th century, is seen as a transition from the Middle Ages to the Renaissance. Wealthy Florence, whose power had rested in the hands of the Medici since the 1430s, became the cultural and intellectual centre of the era. The work of Florentine artists, architects and scientists significantly influenced the development of the Renaissance in Europe.

One of the most interesting artists working in the quattrocento era was Paolo Uccello. A student of Lorenzo Ghiberti and friend of Donatello, he was renowned as a virtuoso of perspective. For him, it was one of the means by which he produced colourful and fantastic representations of the world, suspended between realism and abstraction, exception and rule, disorder and order, Gothic and Renaissance.

He worked in Florence, Venice, Bologna and Padua. He painted frescoes and panel paintings, designed mosaics and marquetry. At the age of 10, he worked under the tutelage of Ghiberti on the decoration of the second door to the Florentine Baptistery.

Uccello (Italian: bird) is a pseudonym used by the painter from at least the second half of the 1430s, associated with his love of drawing animals. One of his best-known works is a monumental painted epitaph with an illusionist horse statue of the condottieri Sir John Hawkwood, made in the Florence Cathedral in 1436. The fresco, which imitates marble sculpture, is an excellent example of the use of perspective to achieve a stunning effect. Among the master's masterpieces, three large scenes commemorating the Battle of San Romano in 1432, in which the Florentines clashed with the troops of Siena, should also be mentioned. These paintings, commissioned by the Medici, decorated their Florentine residence. Uccello's work has influenced many famous painters such as Piero della Francesca, Albrecht Dürer and Leonardo da Vinci.

In the painting Madonna with Child, the surprisingly sparse architectural planes of the throne contrast in an interesting way with the richness and complexity of the robes and the originality of the figures' poses. This predilection for geometric abstraction, combined with influences from late Gothic art, is Paolo Uccello's hallmark.

The Madonna is sitting on a chalk-white, sparsely decorated throne, in a frontal pose, although her right leg is moved aside to better support Jesus. The child, whose bare feet rest firmly on a small red object, open like a book, seems interested in the bird the Madonna is holding. Mary's face is abstract, suffused with melancholic sweetness. Her youthful features and big upward-looking eyes draw attention. Typical of the style of the young Paolo Uccello is Madonna's left hand, with tapering fingers and a skinny, flexible wrist that extends from a small, too-short cuff. Her body is wrapped in an abundant, richly folded cloak. It is worth taking a closer look at this organic and complex drapery that goes beyond the simple Late Gothic depiction.

Uccello initially painted the Child naked. Only later did he decide to dress him in a tunic with sleeves, which in turn forced a change in the positioning of Madonna's hands. Here, the worn surface of the paint has revealed a pentimento, a change made by the artist while painting the picture. This allows us to see the originally painted hand of Mary, whose fingers directly support the Child's buttocks.

The throne is minimalist and quite unusual. The articulation of the slender surfaces is striking, their planes emphasised by the play of light. The back of the throne is relatively low, making the Virgin's head stand out against the gilded background. The Child standing on her right thigh, with a halo rendered in perspective, is perfectly inscribed in the upper edge of the backrest. The throne decoration is reminiscent of ornamentation popular in the Veneto region around 1400. It is therefore possible to assume that the Madonna with Child was painted after the master's return from Venice to Tuscany around 1430.

The presentation of Paolo Uccello's masterpiece is accompanied by the following works from the castle collection:

Co-financed by the Ministry of Culture and National Heritage